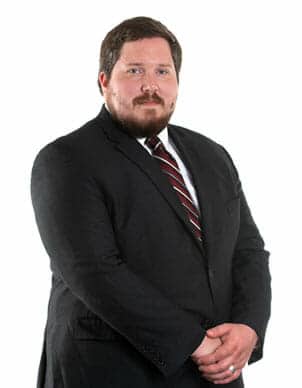 Attorney Palmer Hurst is a Hampton Roads native. Born and raised in Smithfield, Virginia, he attended Lynchburg College (now the University of Lynchburg) where he was a member of Sigma Nu Fraternity. After college, he worked in the office of Rep. Robert Hurt in Washington, D.C., and ran political campaigns.

Palmer then decided to make a career out of the law, attending Regent University for law school. At Regent, Palmer was Managing Editor of the Journal of Global Justice and Public Policy; and a member of two moot court teams. He even traveled to Oxford, England to compete in an international moot court competition, where he was recognized as one of the top oral advocates in the world, along with writing the second best brief. After graduating, he passed the Virginia bar on the first attempt.

When not in the office, Palmer can be found enjoying his two passions: backpacking and Olympic fencing.

This website uses cookies to improve your experience while you navigate through the website. Out of these, the cookies that are categorized as necessary are stored on your browser as they are essential for the working of basic functionalities of the website. We also use third-party cookies that help us analyze and understand how you use this website. These cookies will be stored in your browser only with your consent. You also have the option to opt-out of these cookies. But opting out of some of these cookies may affect your browsing experience.
Necessary Always Enabled

Any cookies that may not be particularly necessary for the website to function and is used specifically to collect user personal data via analytics, ads, other embedded contents are termed as non-necessary cookies. It is mandatory to procure user consent prior to running these cookies on your website.